Sikh Festivals: The Festival of Baisakhi

Significance of BAISAKHI in history and culture of India 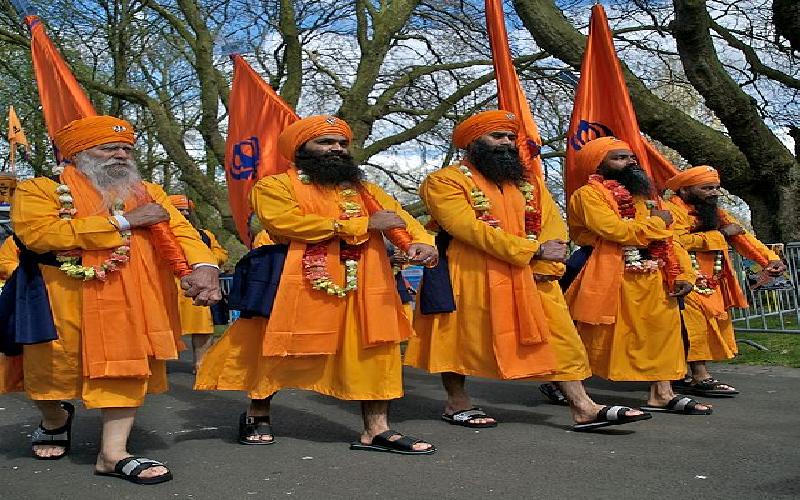 The festival of Baisakhi has great significance for the people of India, and in particular, the followers of Sikhism. It marks a day in history, when Indians decided to oppose communal extremism of their Muslim rulers, by organised retaliation, which led to the wiping out of Muslim rulers, and paved the way for British advances in India. Culturally it is a celebration of Indian civilization and culture.

Baisakhi is a day of very special significance in India. It is a day when people under the leadership of a true leader, rose to resist the religious exploitation by their ruler, and in the process brought public unity that led to courage and a will to fight what was wrong. Today, it is a celebration of social cohesion and the free human spirit ... and occasion that gives us a chance to celebrate life itself!

BAISAKHI is the first day of the month of VAISHAKH in Indian calendar. It falls on April 13 or 14 and marks the New Year for the Sikhs. It is one of the major festivals in North India, especially in the state of Punjab.

Relevance of Baisakhi For Sikhs

The festival of Baisakhi holds a special status for the Sikhs because of its association with many significant events in Sikh history.

The most important of these events is the establishment of KHALSA PANTH, or the community of the pure ones, on the day of Baisakhi in 1699 AD by the last Guru of Sikhs, GURU GOBIND RAI.

Panj Pyare, Amrit and the Panth

The ninth guru of Sikhs, GURU TEG BAHADUR was brutally murdered by the Muslim emperor of Delhi, Aurangzeb for refusing to convert to Islam, and since then the Sikhs faced severe persecution from the Muslim rulers who were becoming more and more uncomfortable with the following of the Sikh gurus.

On that day, Guru Gobind Rai, while addressing the gathering of his followers, took his sword and asked for five volunteers called PANJ PYARA (five loved ones) who were willing to sacrifice their life for the community. Then he took those five volunteers and gave them holy water, called AMRIT, thereby marking their induction in to the PANTH, the community of Sikh followers. With that he gave five symbols to the community, called all of them SINGH (tiger), and asked them to be ready and willing to fight and sacrifice themselves to protect their faith and community.

Long before this event, it was also on the day of Baisakhi, in 1567, the third guru of Sikhs, GURU AMAR DAS had made Baisakhi a special festival for the Sikhs. Later, on another Baisakhi day, GURU ARJAN DEV was killed by the Muslim emperor, Jahangir by throwing him in to a cauldron of boiling oil.

Importance of Baisakhi in Indian History

The formation of Khalsa was a very special event in the history of India. It completed the conversion of Sikhism from a sect based on human values of brotherhood, harmony and non-violence as preached by Guru Nanak and other Sikh Gurus, to a sect that formally adopted the sword and took it upon itself to protect the people from its communally oriented Muslim rulers, who were hell bent to destroy Sikhs. It was for the first time in history of India, that the so called Hindus (a name given to Indian by foreigners) decided to organize themselves as a community and retaliate Muslim communalism.

The actual importance of this occasion does not appear to have been fully understood by historians, since it was this event that gave rise to several unprecedented outcomes. On one hand, it communalised Indians as Hindus and Sikhs, which from thereon opposed Muslim communalism as a community, an event that finally led to the partition of India in 1947. On the other hand, the communalization of society weakened the Muslim rulers, who lost support of the people and soon became history. This in turn, paved the way for British prominence and colonization of India, especially after Marathas were weakened by losses in their battle with Ahmed Shah Abdali.

The Baisakhi Tradition in Gurudwaras

Baisakhi is celebrated as a social festivity, with a lot of religious activities and celebrations. There are many especial ceremonies and SHABAD-KEERTAN or recitation of GURBANI held in the Sikh temples called GURUDWARAs. Further, a lot of dancing, eating and enjoying take place at the community level. In many villages, fairs are held where traders come and sell their products, artists perform their shows and everyone enjoys together. In many places, races and other sporting events are also held.

On this day, the Gurdwaras are a centre of lot of cultural and traditional activities, aimed at celebrating. Sikh followers often wake up early on this day to visit the Gurudwaras and participate in the special prayers for the day. In Gurdwaras, the holy book of Sikhs, Shri Guru Granth Sahib, which was declared by Guru Gobind Singh as the Eleventh and final Guru of the Sikhs, is ceremonially given a symbolical bath with milk and water, and then placed on its throne, before being read to the followers.

In a symbolic repeat of the Baisakhi Day ceremony held in 1699 under the guidance of Guru Gobind Singh, five priests, representing the Panj Pyaras, chant verses recited by the original ones. Then, in the same way as Guru Gobind Singh did it, they are blessed with AMRIT, a holy Nectar, prepared in an iron vessel, which is then distributed amongst all gathered. After chanting of sacred verses, the devotees sip amrita five times and take a vow to work for Khalsa Panth, the Sikh brotherhood. This is followed by KIRTANS, religious songs, which create a spiritual atmosphere for purifying the mind and souls from greed and negative sentiments of all sorts. Later, at noon, after the Baisakhi ARDAS or paryer, the PRASAD is offered to the guru for his blessings, and then distributed to all followers, followed by community lunch served by volunteers.

Baisakhi festivities include processions, headed by the Panj Payaras, wherein the sacred Guru Granth Sahib is taken out in a procession. Men, women and children participate in the procession, which moves through the city, with people joining it. The processions often witness BHANGRA and GIDDA dances and other cultural events organised by people. Drummers, bands playing religious times, devotees singing religious songs and men swinging swords are all part of it. One can hear loud chats of 'Bole so nihal', 'Deg teg fateh' as well as 'Sat nam' and 'Wahe guru'. The procession also strive to promote the feeling of charity amongst people, with people volunteering to serve the community.

Baisakhi coincides with harvesting. It is the time for the farmers to relax and enjoy the fruit of their hard work. Farmers celebrate it in their farms with similar festivities, like Bhangra and Gidda dances and religious and traditional singing. The day of Baisakhi is a festival for Sikhs as well as all others. It is a festival that has added significance for the Sikhs, but it is also a festival that all can celebrate and enjoy.

TAGS : Baisakhi Guru Teg Bahadur Sikh festivals festivals of Sikh first day of Vaishakh Festivals of PunjabKhalsa Panth
Let us know how you like this article. Like it and Rate it below.
315 3
3
Thanks for rating this article
5 stars - by 3 user(s) 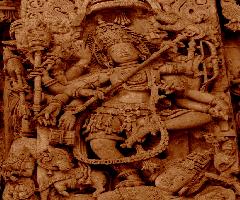